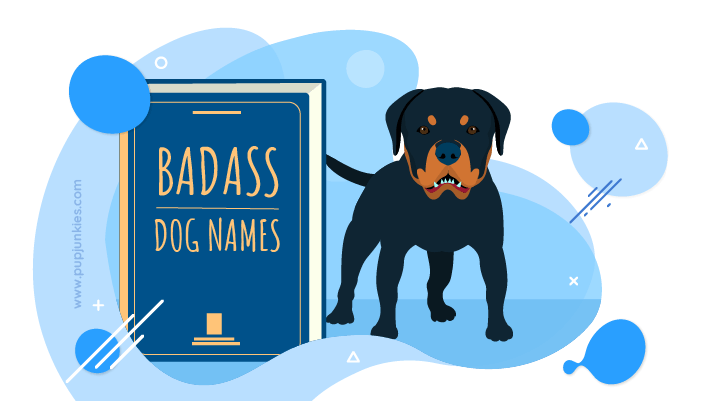 Yes, finding a dog that is small, cute and adorable can be great. But, so can owning a dog that is downright frightening and intimidating. Not only do tough looking dogs make great guard pets, the fact that their appearance and affectionate personalities don’t go hand in hand – that in itself can be charming.

Similar to the concept of tough, people consider bad ass to be any dog that won’t run away in a tense moment. Guardian dogs or hounds that stick up for their master regardless of the size of their opponent are badass. These types of dogs deserve a name that is suitable for their personality. Therefore, we suggest some of the names below.

Bad ass doesn’t necessarily mean they will go against us or rebel in nature. Often times, as we mentioned above, bad ass or tough looking dogs are some of the softest breeds out there. When looking for a clever bad ass name, this can stem from a desire to give a name that has ‘bad ass’ qualities. Whatever the case, the names we mention above help give a better direction for what to name your beloved pet.

Adam first owned a Frenchie when he was 6 years old. Although he was a bit apprehensive to it, he later grew to love dogs, and has since gone onto reading everything about them. When he's not writing he loves watching Netflix while eating huge amounts of ice cream