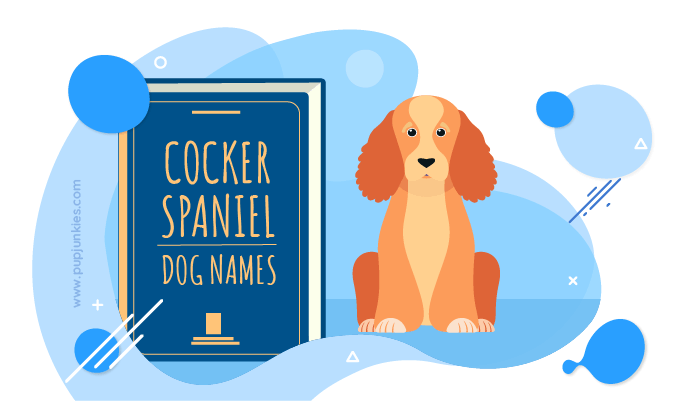 Cocker Spaniels are long-looking dog that have a beautiful coat of hair and belong to two breeds of the spaniel types: the English and American Cocker Spaniel.

Long ago, they were used as hunting dogs back in the UK and can be traced as far back as the 14th century. Although they were mentioned in the writings back then, it is still not certain where exactly they originated from.

Sweet, adorable, and amiable, these instinctual hunters are worth investing into.

Whether you are re-naming your new Cocker Spaniel or just figuring out its name after owning one, it is important to take a look at the list of the best 70 names for Cocker Spaniel dog breed to make the process slightly easier and less burdensome. 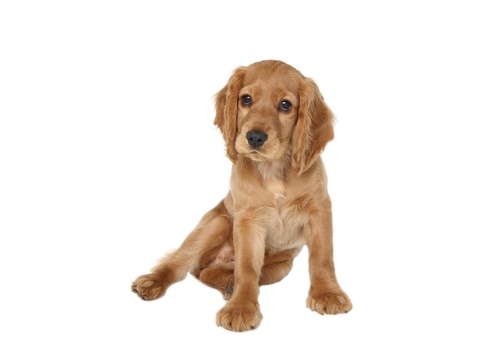 Some of the names below are part of a list of popular male dog names, but also recommended monikers that fit the overall look or feel of the Cocker Spaniel.

Coming from the show Fresh Prince of Bel’Air, this name is a funny male name to give.

The dog itself looks like it could be part of a hipster group.

A common choice of dog names with droopy look.

A somewhat unique male dog name that was in the list of popular choices.

Although it doesnt have the look of a bear, it definitely has the coziness of one.

This can be used as a female dog name as well.

A simple yet straightforward thing to call your male companion.

This could describe the dog’s wavy hair.

Although this dog does not have a tough demeanor like the name implies, it is good name for a dog of this size. 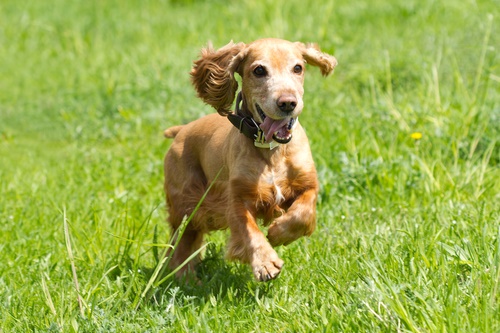 The list below tries to provide the best list of names that are befitting your Cocker Spaniel’s appearance or personality, but are specifically great for females.

This a great name for a female Cocker Spaniel, especially one that walks around all mopey looking.

This is a good name for a dog that is has as much fur as the Cocker Spaniel.

A rather unique female dog name, it is easy to say and remember.

This is one of the more popular choices for female dog names.

Referring to the bonzai trees, this may be suggested if your Cocker Spaniel has hair that always need to be trimmed.

One of the most common, yet popular choice of female dog names.

A unique name that has been growing in popularity in more recent years.

Short for Maggie, it is just a variation to one of the most popular female dog names out there.

Strangely enough, many have said that this name fits the appearance of their droopy Cocker Spaniel.

This name is quite unique in the way it is spelt, pronounced, and heard, hence the consideration. 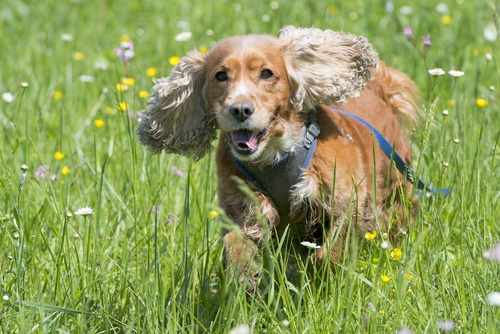 Naming your Cocker Spaniel after a character in a movie or a dog from a famous film is the best way to give a name that is fashionable, unique, and possibly recognizable by many.

Reference the star Bette Davos, this is a cool name for a Cocker Spaniel.

Another simple name that refers to the famous star Sean Connery.

This refers to Mel Gibson, and is quite the interesting name to give your dog.

This is a name of a character from the film Monsters Inc.

The name of the protagonist from the hit film Frozen.

Another name from a character from the film Zootropolis.

A highly popular name for female dogs, and a character from Beauty and the Beast.

This name refers to the celebrity Hugh Jackman.

This is a character from the movie The Matrix.

Named after the Hollywood actress Sandra Bullock, it is an interesting name to give to your female Cocker Spaniel. 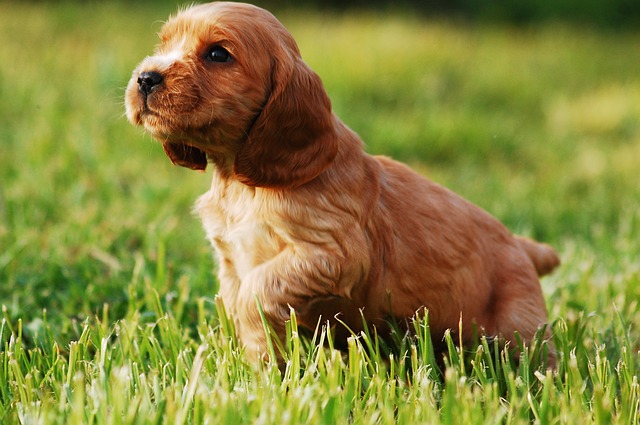 In Sioux, it means to tell the truth.

In Spanish, it means gazelle.

In Arabic, it means capable one.

A name meaning the good road in life in Yoruba.

A Japanese word for great dexterity.

It is the famous city of canals in Italy.

In Arabic, this word means loyalty.

This name seems to resonate with a lot of Cocker Spaniel owners.

Considering this dog is always usually happy, this name fits its personality.

Being a hunter dog with a foxhound background, this name fits.

Many Cocker Spaniel owners have associated this name with their own.

Many times, Cocker Spaniels can be rather sassy, which is why this name might fit.

This name fits the appearance of the Cocker Spaniel.

A seemingly popular choice amongst many owners of this breed.

A popular name that is chosen by many Cocker Spaniel owners.

This name is one that fits the image of a Cocker Spaniel.

A name for a dog that may look rather tough and old, which the Cocker Spaniel sort of does.

A rather random name to give a dog, which is what makes it hilarious.

This is a funny name a dog that looks like the Cocker Spaniel.

This is a famous name for a dog that is used by many.

Kate “Ma” Barker was the notorious mother of criminals in the Midwest back during the “public enemy” era in US history.

A name that many may give to their first mate that boards the boat with them.

This is the name for anybody that loves Star Wars.

For any dog that loves to bark away.

This is based on a dog from a film of the same name.

A famous character in the novel, Beautiful Joe: The True Story of a Brave Dog.

The highly popular name based on the dog from the 1955 Disney movie, The Lady and the Tramp.

A name found in the novel The Silmarillion written by J. R. R. Tolkien.

A name of a paralysed dog famous for its ability to get around on wheels.

This is a name of one of the crew dogs in Eight Below, the movie based on a Japanese Antarctic expedition.

This dog became a legend in the famous village of Beddgelert in Wales.

A name from the animated movie The Fox and the Hound.

A name of the dog featured in the TV series Ruff and Reddy.

This is the name of the dog star from the film Digby.

The name of the dog from the comic strip Mark Trail.