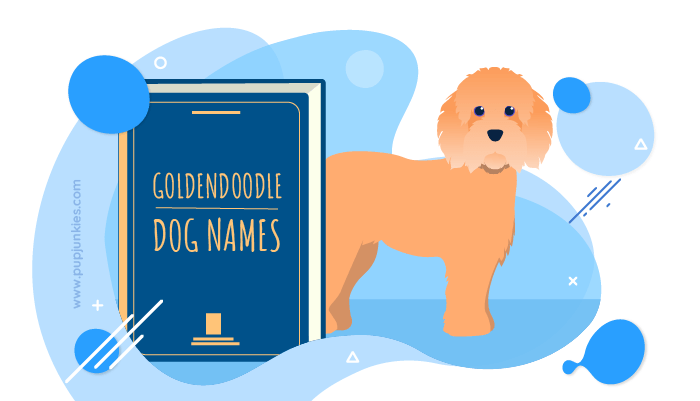 A cross breed between a Golden Retriever and a Poodle, the Goldendoodle is a funny brown dog that was first bred around the 1960’s.

A breed that was bred with the intent and purpose of helping the visually impaired, Goldendoodles’ popularities began to grow as the years passed.

As a designer dog, Goldendoodles have become an interesting choice for dog owners that want a mix of two, rather than a single pure-breed.

The great thing of having a mixed breed is the fact that you get the best of both worlds. With that being said, that makes the choice of names even more diverse.

The names listed below are just some suggestions you can take as a dog owner to naming your Goldendoodle dog breed.

Some of the names below are part of a list of popular male dog names, but also recommended monikers that fit the overall look or feel of the Goldendoodle.

The Goldendoodle has the appearance of an incredibly amiable dog, hence this welcoming name like Cooper is perfect.

A great name for a dog that looks like the Golden Retriever or Goldendoodle.

A name that fits for wide range of dogs.

There couldn’t be a cuter name for a outgoing, positive dog like the Goldendoodle.

A simple name for a dog that looks like the Goldendoodle.

A great name for a beautiful dog like the Goldendoodle.

This is a subtle name to give to a dog.

A bit more on the tougher side, this is for those Goldendoodle’s that are a bit on the larger side.

This is a great name for a male dog breed that looks like a Golden Retriever or Goldendoodle.

Perfect for any dog with a golden coat.

The list below tries to provide the best list of names that are befitting your Goldendoodle’s appearance or personality, but are specifically great for females.

A sweet name that has been popular amongst dog owners.

A popular name for those dogs that are a bit on the bigger size.

A great name for a dog that likes to play around.

This name is a great choice for any female dog owners.

In reference to the color of its hair, and scruffy look of its fur.

A name that many dog owners choose.

This is an obvious name describing the dog’s golden locks.

A truly popular name that has come to be liked by many due to the Disney animated film.

This is a name that refers to the Golden Globe award, and its golden shine. 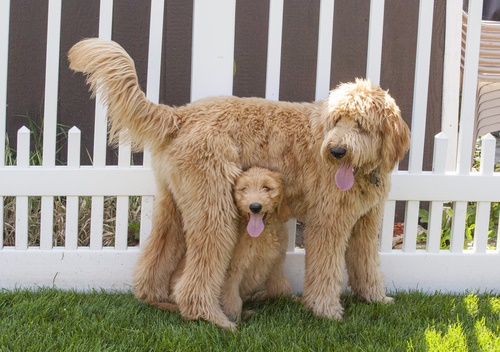 Naming your Goldendoodle after a celebrity or a character in a movie or a dog from a famous film is the best way to give a name that is fashionable, unique, and possibly recognizable by many.

The name of the main dog’s name in Digby The Biggest Dog in the World.

A name of the dog Oliver and Company.

The name of the dog in the hit movie franchise Back to the Future 2.

One of the main characters in the The 101 Dalmatians.

The name of a dog in the The Royal Tenenbaums.

One of the dog’s name in The 101 Dalmatians.

The name of the dog in the movie There’s Something About Mary.

The main character dog in the film Shiloh.

The name of the pet dog in Lethal Weapon.

A Hebrew word for peace.

Meaning ‘we have been given’ Shona.

In Mayan, this means hope.

Meaning ‘the better one’ in Swahili.

In Sanskrit, this means acquires strength.

In Sanskrit, it means sprout, blossom.

This is a name that describes the fuzzy hair of the dog.

The Goldendoodle has a lot of curls, so this name fits.

This name refers to the color of its coat.

If unkempt, the Goldendoodle is a piece of scruff, which makes this name perfect.

This dog can sometimes be referred to as a walking rug.

Named after the famous fable character, this is perfect for a dog like the Goldendoodle.

Another name referring to the color of its coat.

Due to its happy, smiling face, this name fits perfectly.

A play to the word ‘hairy.’

The overall look of this dog breed is similar to that of the famous dog in the film.

Some dog parents like to take it easy and simply name their dog after something silly or funny.

A play on words on the famous snack Reeses Pieces.

Another way of saying bo-dacious.

This is an extremely random name to give a pet, which is what makes it so funny.

Another random name to give a dog.

This is a play to the actress’ name Farrah Fawcett.

A silly name to give to a dog that

For a dog as scruffy as the Goldendoodle, this name is befitting but also ridicuous for how long it is.

A name that is meant to give to cats due to the famous cartoon feline, hence the hilarity of naming your dog that.

This is a name that derives from the toys Furby, it is sort of fits the enormous amounts of hair the Goldendoodle may have.

These funny creatures in Star Wars look ridiculous to begin with, which makes this name funny to give to a scrappy dog.

This is the name of the talking Pug seen in Men in Black.

The Basset Hound that appeared in the film Smokey and the Bandit in 1997.

This is a Border Collie that featured in the film Animal Farm.

This was the name of U.S. President Abraham Lincoln’s dog.

A dog that appeared on Green Acres.

This was the name of the pet dog of U.S. First Lady Barbara Bush.

A Pekingese in Pluto, the world animation by Walt Disney.

The name of a Golden Retriever in the film Santa Buddies.

This was the dog that appeared in the animated movie Rover in 1993.