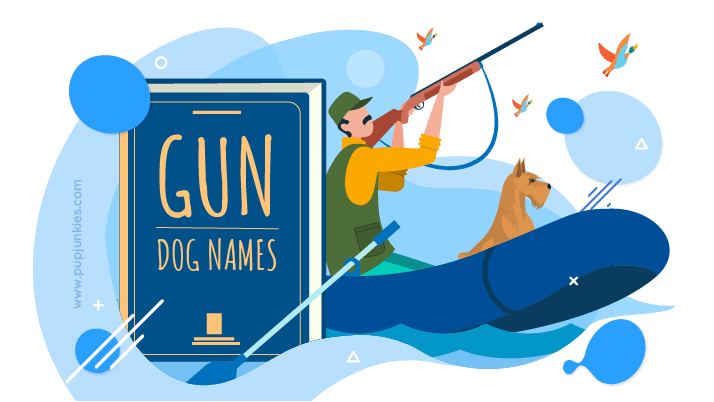 Guns may be dangerous, but they can also be quite exciting for some people. The pull of the trigger can create an exhilarating rush of adrenaline that is not easily explained.

Whatever reason it is, the names we provide below are some of the more popular gun-inspired names for dogs you can be inspired by.

While at first, it might sound weird to name your dog after a gun. However, if you are a gun or hunter fanatic, it is suitable. A lot of the names above are from actual guns. Therefore, if you have love and passion for the sport of hunting, or for the world of guns, choose from the list above would be the best way to show that.

Adam first owned a Frenchie when he was 6 years old. Although he was a bit apprehensive to it, he later grew to love dogs, and has since gone onto reading everything about them. When he's not writing he loves watching Netflix while eating huge amounts of ice cream