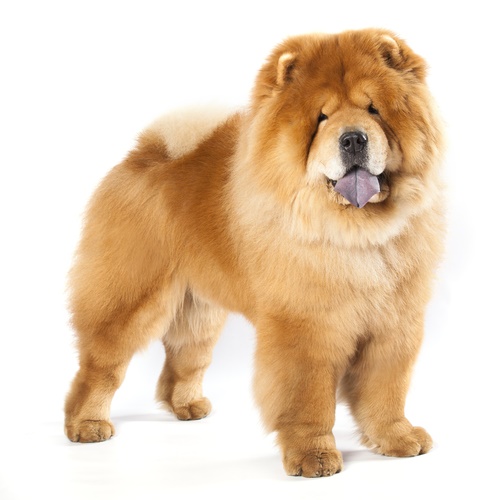 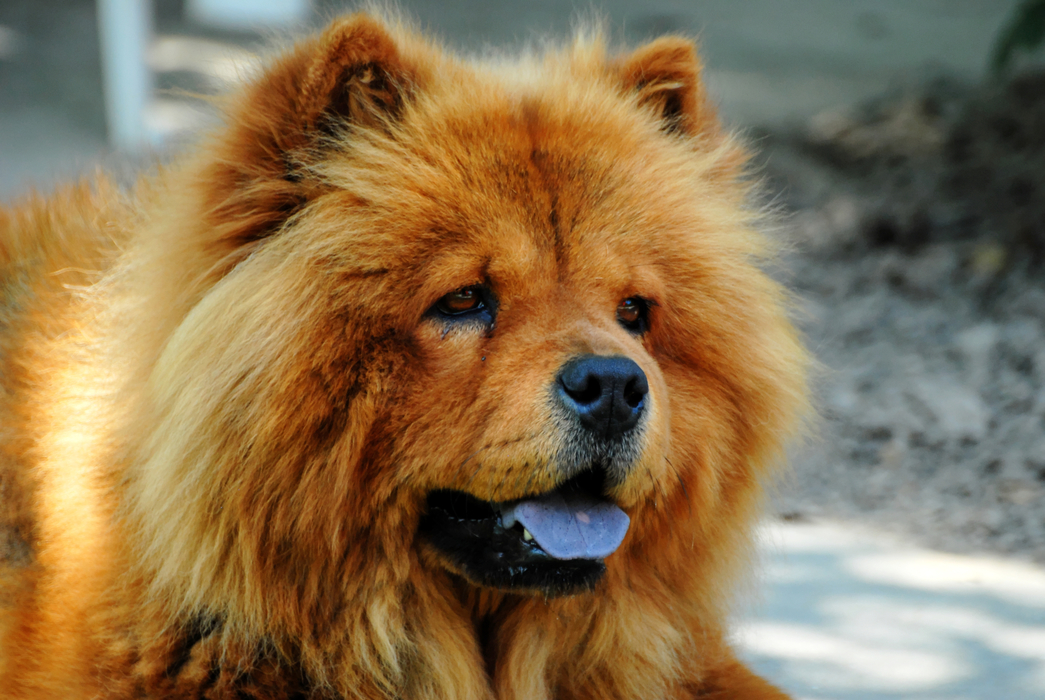 There are many contradictions about the origins of dog breeds with blue tongues. These theories range from pagan legends to scientific hypotheses, but in the end, the reason is more complicated.

Although usually referred to as blue in color, dark tongues on dogs can sometimes appear more like dark purple or black but it’s caused by extra dark pigment in the skin. If your dog just has spots or patches of blue on their tongues, it could be similar to that of a birthmark on a human. 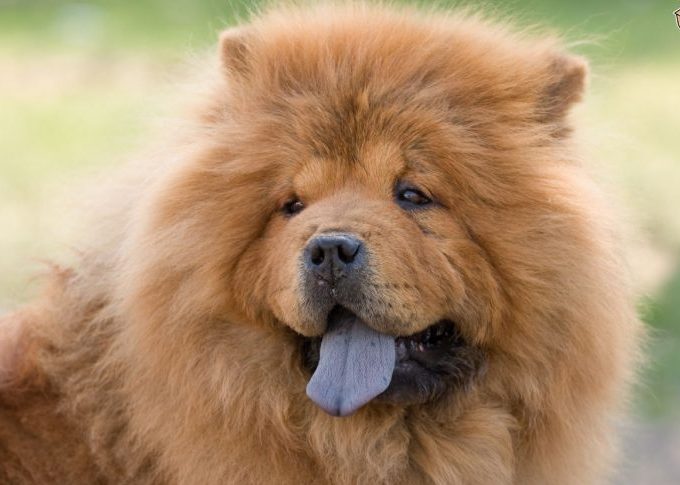 Chow Chows, also known as Chows, are one of the world’s oldest dog breeds. They appear in Chinese artifacts as far back as 206 B.C., and even more evidence suggests this breed goes back much further.

Their distinctive traits include a lion’s-mane ruff around the head and shoulders, a blue-black tongue, deep-set almond eyes, and a somewhat bearish appearance. However, the real reason for the distinctive tongue remains unknown. 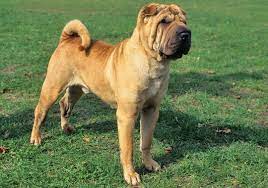 The Shar Pei is a native to China’s southern provinces and goes back more than 2,000 years. Chinese farmers used these rugged, intelligent dogs as hunters, herders, and to guard livestock against predators and rustlers. Some scientists think that Shar Peis may have descended from Tibetan wolves.

The Chinese Shar-Pei is compact, medium-sized and is an amalgam of odd physical traits. It has a broad ‘hippopotamus-like muzzle, a blue-black tongue, small, sunken eyes with abundant folds of loose skin about the head, neck, and shoulders. 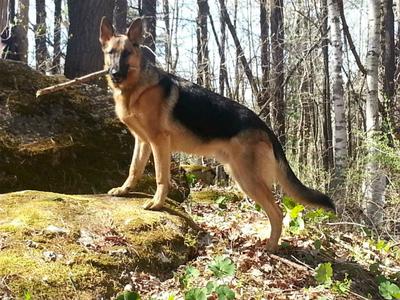 The German Shepherd Dog descends from the family of German herding dogs and today are the preferred dog for police and military units all over the world. Their famous qualities are intelligence, agility, speed, stealth, and the overall air of firm authority.

Although it is not very common, some German Shepherds dogs have black or blue spots on their tongues. The reason for this tongue coloration is the same as in the Chow Chow and Shar Pei breeds and that is, a concentration of pigment cells in the tongue. But, with the German Shepherd breed, the coloration only appears in a few individual dogs. 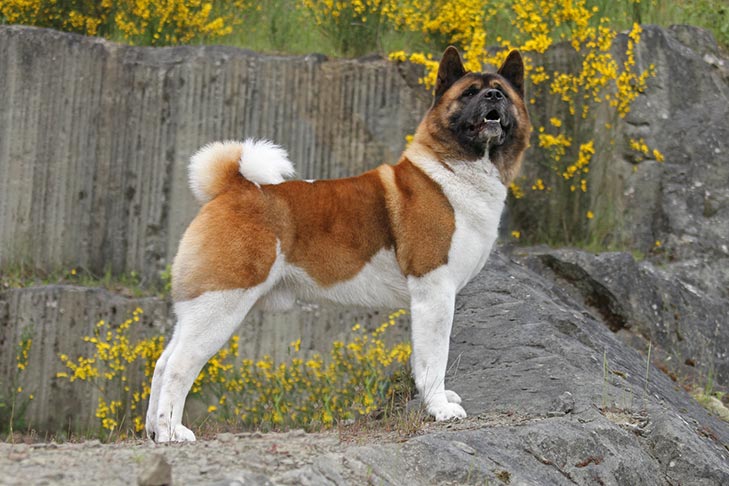 The Akita is a dog that originated from ancient Japan, and was respected there for its loyalty and courage. It is a very independent and intelligent breed. At various times during the Akita’s long history, the breed teetered on the brink of extinction.

Akita’s have a dense coat that comes in several colors with a broad and massive head, and it is balanced in the rear by a full, curled-over tail. The Akita’s tongue, though usually pink, can have blue or black patches or spots. 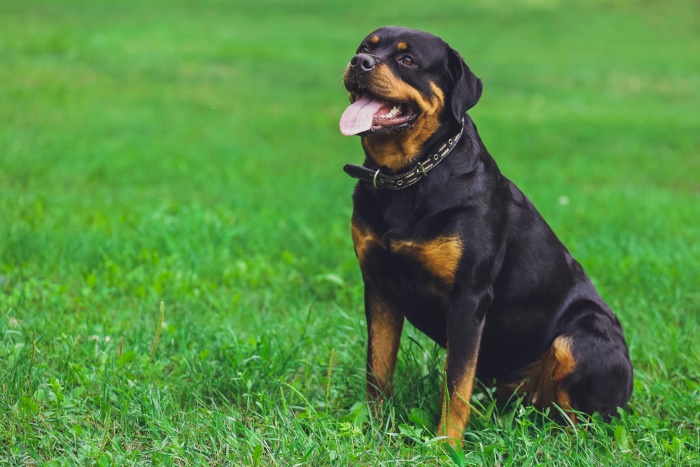 The Rottweiler is an ancient breed that spread across Europe alongside the conquering armies of the Roman Empire. Rottweiler’s were among the first guide dogs for the blind, and in more recent years they distinguished themselves as search-and-rescue dogs.

The glistening, short black coat with distinguished rust markings add to the sight of imposing strength. Some Rottweilers may have blue tongues, which look more like either dark spots or patches of pigmentation. 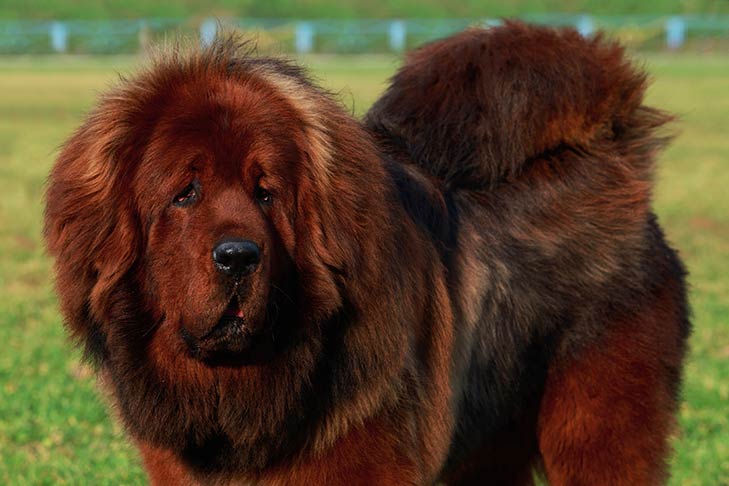 This breed is so ancient, and because Tibet has always been so isolated, it’s impossible to say how or when Tibetan Mastiffs came to be. Evidence suggests that early travelers to Tibet were sometimes given these giants dogs as gifts, which were used to create the mastiff breeds of the Middle East and Europe.

Tibetan Mastiffs can stand 26 inches at the shoulder and weigh well over 100 pounds. It’s impossible to discuss this breed without descriptive words like powerful, massive and muscular. However, Tibetan Mastiffs are some what light-footed and will recognize a threat with surprising agility. Most of these dogs have pink tongues, but some have tongues with dark patches or blue-black spots. 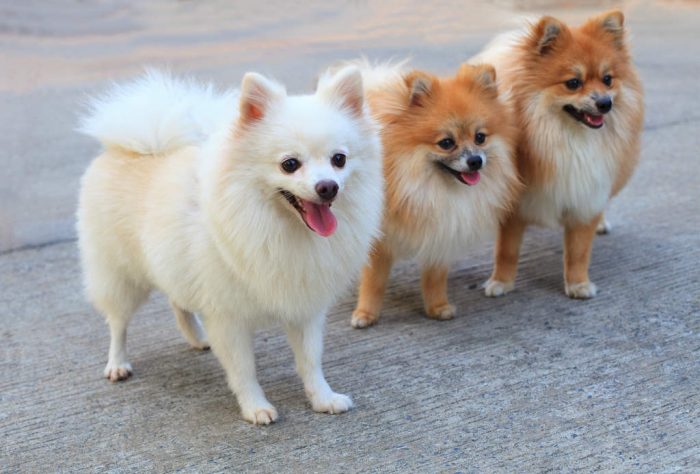 The Pomeranian is a miniaturized version of the powerful spitz-type sled dogs of the Arctic. This breed is named after Pomerania, the area of northeastern Europe that is now part of Poland and western Germany. Pomeranians are one of the world’s most popular toy breeds.

These dogs have an abundant double coat, with its frill extending over the chest and shoulders, and it comes in almost two dozen colors, with various patterns and markings. However, it is most commonly seen in orange or red. Some Pomeranians have blue toned tongues or show blue spots, although most have the more common pink tongue. 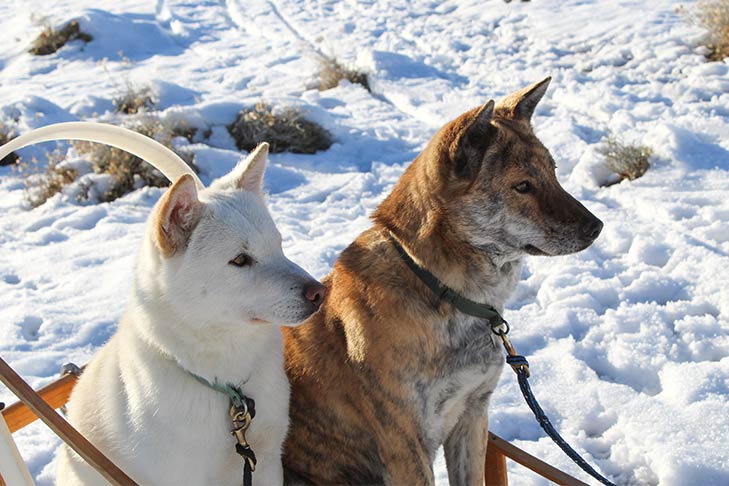 The Jindo breed originates from an island located off the southwest coast of South Korea. The dogs lived unrestrained on the island alongside their owners for thousands of years to develop into a natural breed with reputable hunting abilities.

The Korea Jindo Dog is a well-proportioned, medium-sized dog that is used for hunting and guarding. With erect ears and a rolled or curled up tail, it is the vision of  agility, strength, alertness and dignity. It has a soft and dense coat that can be reddish, white, black or gray. Some Korean Jindo’s have blue or black tongues. 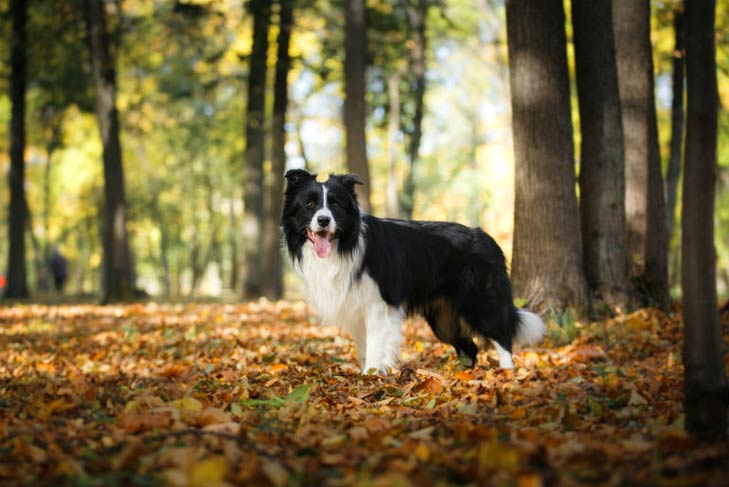 During the glory days of the Roman Empire, successive emperors drew up plans to invade and conquer Britain. These dogs also rule the championship levels of the fast-paced sport of agility, and they often top lists of the world’s smartest dog breeds.

The almond eyes are the focus of an intelligent expression and intense gaze and their smooth coat comes in a variety of colors and patterns. The Border Collie’s famous herding eye, is a hallmark of the breed. Like some of the previous breeds discussed, some Collies have naturally blue tongues, with either overall blue-purple pigmentation or with blue-black spots.

The dark pigmentation on a dog’s tongue sometimes appears black, or a lighter shade closer to purple but are still referred to as blue. Throughout history, different hypotheses have been suggested to explain this rare tongue color. Some theories suggest that the blue coloration in these dog’s tongues is due to a genetic mutation that causes a greater concentration of melanin or pigmentation cells in, giving rise to its unusual color.

Amy Brown is a lifelong animal enthusiast who enjoys writing about dogs and rescuing them. She writes for various pet related websites, including her own, CatMania.net.
Connect with Amy: 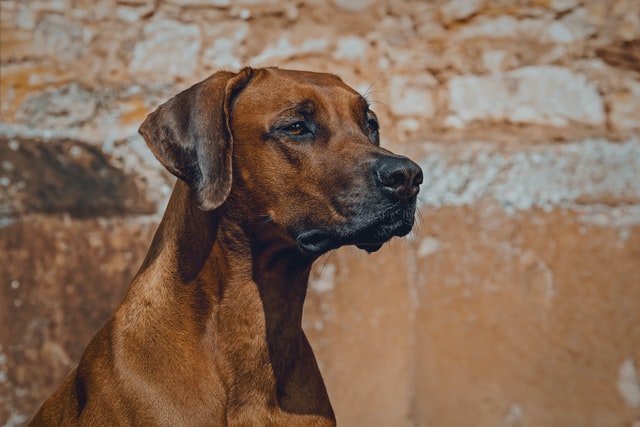 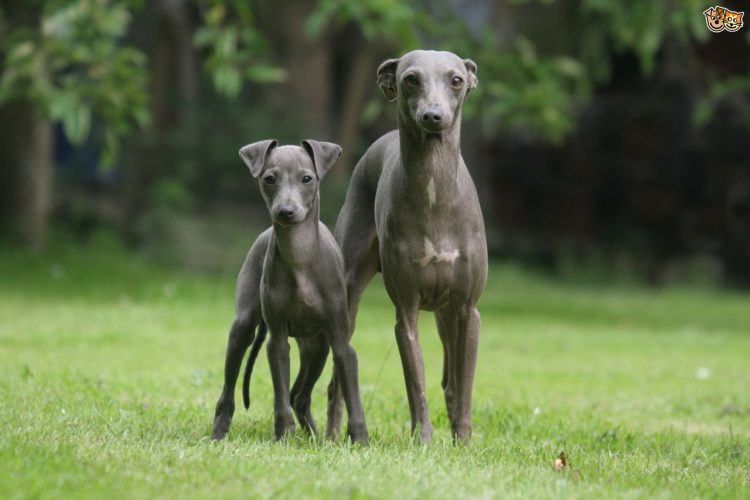 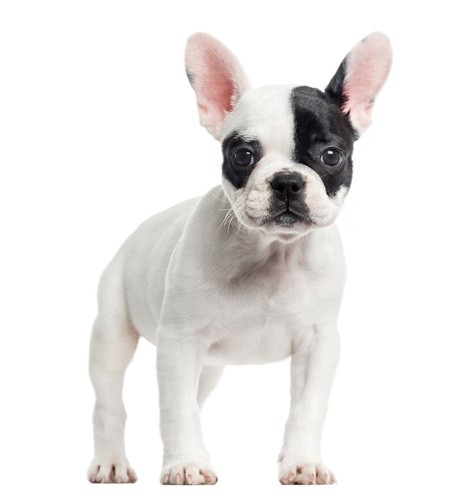