Korea has some of the most ancient and exotic dogs in the world. Korea is an East Asian region consisting of two sovereign states, North and South Korea.

Experts believe the first dogs in Korea came from Mongolia in the 13th century, when the Mongols invaded. The ancient version of  the Bankar dog, came along with the invading Mongols. This Bankar dog is the most likely ancestor of the Korean dogs that we see today.

The Korean Kennel Federation represents itself as the canine organization of the Republic of Korea. It was established in 1945, and it operates under the Ministry of Agriculture & Forestry in Korea. It is responsible for the preservation and promotion of native Korean dogs.

The following 7 dog breeds are all considered Korean breeds. Keep reading to learn more about these mysterious and amazing dog breeds.

No one knows the exact origin of these dogs, but some believe that they are an ancient Korean landrace, ancestors to the Jindos. They are athletic and used to be used as hunting dogs because of their agility and intelligence.

The Nureongi dog is a Spitz-like breed, slightly smaller than the Jindo mentioned later but similar in appearance.

The Nureongi dog weighs about 40 to 55 pounds and stands around 20 inches tall. They do have a low-maintenance, dense coat, with pointed ears and an ever-friendly face.

There are no breeder records or historical records to pinpoint the sources of the Korean Mastiff or Dosa/ Tosa dog. Most Korean breeders agree that this is a modern breed of dog developed in the early 1900s. Some Korean dog experts say that the Tosa Inu from Japan and the Dogue de Bordeaux were the foundation dogs for the Dosa. Some even believe that the Dosa also has Bloodhound in its genes.

The Dosa dog has a wrinkly face and a very sweet nature. They make excellent companion dogs because they have a natural ability to behave well around other animals and children. They are often used as a show dog in Korea.

The Korean Mastiff weighs between 132 and 154 pounds and stands around 28 inches tall from the shoulder down. They are also known as drooling dogs.

During ancient times, the Sapsali were the dogs of royalty. They have the appearance of a lion due to their shaggy fur. The Sapsali is a lucky Korean charm, bringing about good fortune since their theoretical beginning in the first century A.D. During the time of war in Korea in the 1900s, the Sapsali reached the brink of extinction. However, they have now become protected through national monument status.

Their laidback temperament and good-natured, comical ways keep them a favorite family breed to this day. They need a lot of exercise and consistent grooming to keep their fur clean and free of tangles.

The Sapsali is a medium-sized breed, weighing between 40 and 55 pounds. They stand at around 20 inches, but their fluffy fur makes them look much larger.

Hailing from the Korean island of Jindo, this breed has become rather popular in the West, and is one of the most common dogs in South Korea. The Jindo was even given status as a Natural Treasure of Korea. After this, the government in South Korea listed them as their 53rd national monument, and protections were established to enhance the breed.

They are typically white, brown, or cream-colored. Jindos are a Spitz-like breed who specialize in pack hunting, with or without a hunter at their lead. They weigh 40 to 55 pounds and stand at a maximum of 22 inches from their shoulder.

With a Korean Jindo, you can expect unflagging loyalty, bonding especially close to one person in particular. They are highly active pups and need plenty of exercise to remain satisfied. They are gentle dogs, kind and affectionate with their owners. They have a high prey drive and don’t do well living around other animals unless they receive high-quality and early socialization.

The Donggyeongi is a protected breed in Korea. These dogs are famous for their short-bobbed tails. The history of this dogs involves the Japanese nearly destroying them during their colonial period in Korea. They are an ancient Korean breed, but closely resembled the Komainu in Japanese figurines.

These dogs excel at hunting and it is their main purpose. They can be brown, black, cream, and sometimes white. Their ancient bloodline holds onto a wild streak in them that can make them challenging to train as house pets.

The Donggyeongi dog weighs between 40 to 55 pounds but stands a bit taller than average at about 22 inches. They have a small but muscular frame that gives them great agility. In a pack, they function seamlessly.

The Pungsan dog came to South Korea as a gift from the leader of North Korea. In return, North Korea received a gifted Jindo. They are well-loved in North Korea and have become a staple of similar standing to the Jindo.

The Pungsan dog is ever alert, are pack hunters and work well within hunting conditions without assistance from humans. They are wonderful companion dogs because of their loyalty and intelligence. With that being said, they are rare to see outside of Korean borders.

Pungsan dogs are another spitz or “pointed” breed, with a square-shaped body and erect ears. They are a similar size, weigh between 40 to 55 pounds and stand about 20 inches tall. They have a muscular and agile build.

The Jeju dog was originally bred on Jeju Island off the southern coast of Korea as far as 5000 years ago, which is how they obtained the Jeju name. They were originally introduced by the Chinese many centuries ago, but almost drove to extinction by the Japanese between 1910 to 1931.

Most of the dog breeds we have discussed are similar in size, but the Jeju dog is one of the largest Korean dogs. They are wary of strangers and always alert to their surroundings. The combination makes them excellent guard dogs.

These are another Spitz-like or pointed type dog that looks similar to a white or gray wolf. They are a taller dog and muscled, weighing around 55 pounds and standing at a maximum of 25 inches from the shoulder.

Korea is home to some of the world’s most pure and ancient bloodline of dogs. Most of these dogs are not well-known outside of Korea’s borders and several of them are facing extinction, even as organizations around the country work to bring back their bloodlines. Korea has recognized this over the last 40 years and have instated restoration groups for many of these breeds. 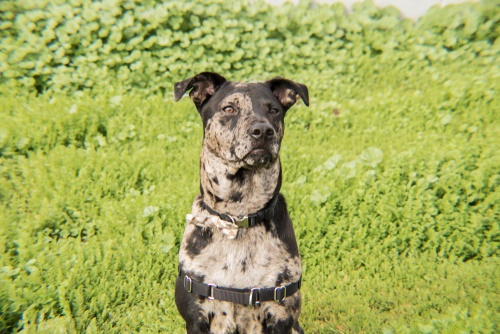 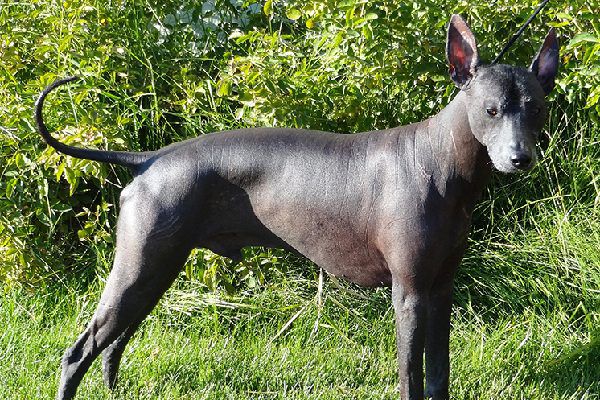 17 of the Cuddliest Dog Breeds